In support of police reform, Clinical Psychologist Dr. Abby Lev discusses why she believes police should take empathy tests with KGO 810 AM Host Pat Thurston. Dr. Lev explains why Alpha Males have the most empathy and what the Stanford Prison Experiment told us about people placed in power. Dr. Lev also shares evidence-based tests that quickly identify core beliefs that she developed, including the Relationship Schemas Questionnaire that anyone can take on CBTOnline.com. 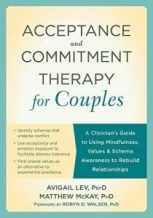